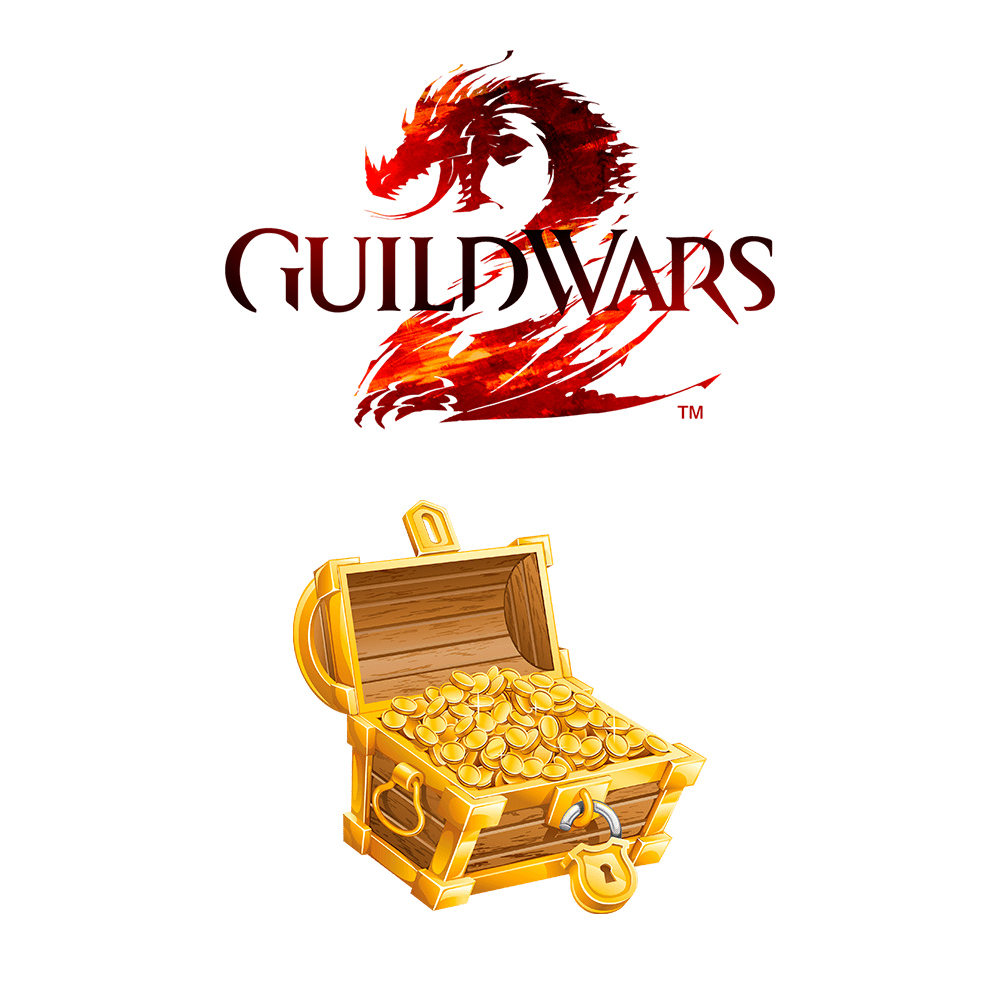 Gold - this is game currency in the Guild Wars 2. For Gold, you can buy absolutely everything on the market, as well as when exchanging with players. You can view the current balance of adena on your account by opening Inventory in the menu.

Attention! Before you buy goods for the game, check the availability from at operator!

Guild Wars 2 — is a massively multiplayer online role-playing game developed by ArenaNet and published by NCSOFT. Set in the fantasy world of Tyria, the game follows the re-emergence of Destiny's Edge, a disbanded guild dedicated to fighting the Elder Dragons, a Lovecraftian species that has seized control of Tyria in the time since the original Guild Wars. The game takes place in a persistent world with a story that progresses in instanced environments. Guild Wars 2 claims to be unique in the genre by featuring a storyline that is responsive to player actions, something which is common in single player role-playing games but rarely seen in multiplayer ones. A dynamic event system replaces traditional questing, utilising the ripple effect to allow players to approach quests in different ways as part of a persistent world.